Born and raised in Belgrade, Serbia, my passion for circus culture and circus advertisement has been a part of my life since early childhood. It was mid 1970’s when I became fascinated with the colourful visuals of magically drawn animals, clowns and performers covering city walls and store windows. Around the age 4, I remember noticing posters on street light posts and observing every detail on them. Some of the very first images that left a lasting impression on me were those from Circo Medrano, Circo Americano and Moira Orfei, hence triggering my desire for poster collection. I was fortunate my parents would take me to the circuses that came to town. They would also bring me posters from the store windows, which got me to start collecting from a very young age. 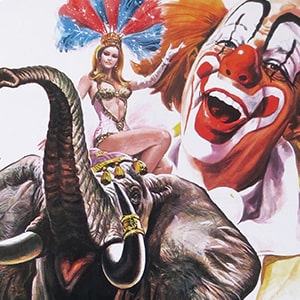 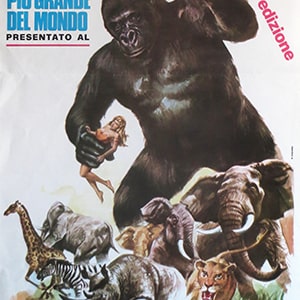 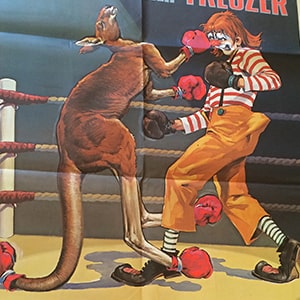 Three of the very first motifs that triggered my passion for poster collection.

Italian circuses were mostly the ones visiting the country, therefore my fascination for Italian circus culture became the main focus of my collection. Years later I learned that behind some of the most mesmerizing posters stand some great artists such as Renato Casaro, Marcello Colizzi, Franco Picchioni, Bruno Napoli among others. In the early 1990’s I moved to Montreal, Canada and continued collecting posters as well as other circus related items, but mostly focusing on European circus culture. The creation of the internet in the late 1990’s and early 2000’s helped me expand my collection and discover more artists with unique styles from all over the world. As I continue to expand my collection, this website will always be updated with new material.
Jovan Andric 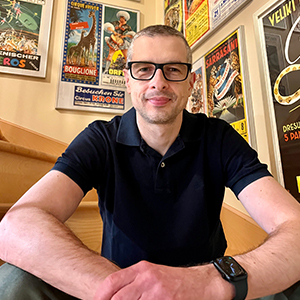 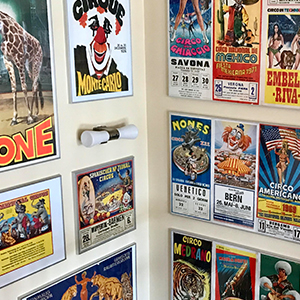 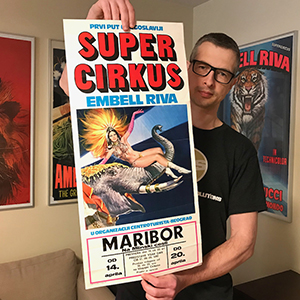 The items on circus-collectibles.com are part of Jovan Andric private circus collection and are not intended for sale or any type of reproduction. It is not permitted to duplicate all or part of this website for purposes of publication, copying or commercial use. The main purpose of this website is to showcase the private collection owned by Jovan Andric and to make the cultural heritage of the circus items accessible to a broader audience.
For questions and comments, please contact here.